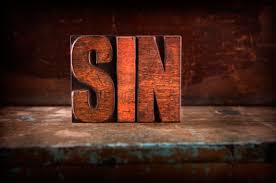 In my first blog post, I think I said something along the lines of how I was “raised” a Jehovah’s Witness. Sure, my Mother raised me in the Jehovah’s Witness faith and I was baptized at the tender age of 13. But it wasn’t just a religion foisted upon me by a pushy mom.

As an adult, I chose to live the principles and tenets of Jehovah’s Witnesses. I loved being a witness and “being in the truth” (as we would refer to ourselves). The answers I got to the questions I had about life such as: what is the meaning of life?, what happens to us when we die?, why is there so much suffering in the world? and so many others, resonated with me on a very deep level. And till today, I’m yet to find any other more satisfactory answers than the ones provided to me in the Bible as presented by Jehovah’s Witnesses.

In real terms, what this means is that as the blog post title states, I believe that practicing homosexuality is a sin (as defined by the Bible). It goes without saying, I think, that the biblical concept of “sin” shouldn’t matter to you if you aren’t a Christian. I also believe that there is more to life than aging, sickness and eventual death and so many others and I like the answers the bible provides.

This is what the official website for JWs has to say on the subject matter:

While they reject homosexual acts, Jehovah’s Witnesses do not force their view on others, nor do they participate in homophobic hate crimes or rejoice when they hear of them.

I’ve gotten into arguments with friends who are Christians but do not believe this idea that the act of homosexuality is a sin. When a book/preacher/Christabel labels something that is oftentimes the essence of who you are a sin, it is angering, scary and it is often easier mentally, to just say eh no, I’m not accepting that. Especially when being a sinner to you means not gaining salvation. I get it! But, I just think that to say that the bible does not consider the act of homosexuality a sin is like saying that it does not consider fornication (pre marital sex) or adultery a sin. A lot in the bible is left to interpretation but there are just too many scriptures in the bible that blatantly label the above acts a sin.

Does the fact that I agree with Bible’s label of homosexual acts a sin mean that I hate myself. At one point, certainly. Not anymore though. I think I’ve fallen into the category of Chrisitans who are just fine with having a live-in boyfriend/girlfriend. As a Jehovah’s Witness, you aren’t allowed to be that kind of a Christian. It was all or nothing. If you faltered and had sex out of wedlock, you repent, talk to your elders about it, and turn around from your wayward and sinful ways. You certainly didn’t cohabitate! You’re just asking to be disfellowshipped at that point.

This level of strict abidance by Christian principles as it pertains to keeping the congregation morally clean isn’t seen in every Christian denomination. There often seems to be this passive acceptance of our imperfections and people just look the other way. So, I think that’s just the kind of Christian I am currently. I am committing this sin, it is what it is, now can we move on already!

This “flexibility” and eagerness to welcome any and everyone is what has resulted in the proliferation of churches that are LQBTQ+ freindly. The fact that your church accepts you as you are (which is a GREAT thing tbh) does not mean the bible does not condemn homosexuality/fornication/adultery . The bible says that these are sins that results in the loss of everlasting life if you do not repent and turn away from them. And yup, not just in the old testament, see below:

“9 Know ye not that the unrighteous shall not inherit the kingdom of God? Be not deceived: neither fornicators, nor idolaters, nor adulterers, nor effeminate, nor abusers of themselves with mankind,

10 Nor thieves, nor covetous, nor drunkards, nor revilers, nor extortioners, shall inherit the kingdom of God.

Which is why even though I’d known since I was a kid that I was attracted to girls, I also knew that as long as I didn’t act on it, I was good in the eyes of Jehovah. And I managed to go through a whole swath of my life not acting on those impulses. I can’t say it was especially hard to do so. I just honestly didn’t think about it. I mean, there wasn’t any conversion therapy done on me or anything of the sort. I was still gay, I just chose not to do anything with my impulses much like I mostly chose not to have sex out of wedlock.

I liken this to people in different religions who take a vow of chastity (and actually keep it). They don’t suddenly lose sexual urges, their vow just takes precedence and they go to many lengths to keep their vow to themselves and their deity. Also applies to everyday Christians who shun premarital sex (fornication). They still have sexual urges. They just chose not to act on it with the satisfaction of pleasing their Heavenly Father.

The thing with homosexuality though is that there is no end date to your “vow” of chastity! So, be prepared to be an eunuch perpetually or find yourself in sin when you crave connection and companionship. I guess there’s a third option…be in a heterosexual marriage, raise a family, be miserable but count your blessings. The unmarried person gets relief from loneliness without sinning when they get married to the love of their life. The nun/priest/monk who wants to get married and have sex, can ideally renounce their vow. Homosexual, you’re stuck with the aforementioned 3 options.

Which is why I did the marriage thing and stuck it out for 4 years. It might even have been longer if not for the fact that my marriage was a miserable one and my ex husband a shitty person. When you’re unhappy, you begin to question why and in my case, it unexpectedly led to a connection with a woman and I haven’t gone back to men since.

While I consider myself an unrepentant sinner in the biblical sense, I don’t live with daily guilt of being a “sinner.” I am at peace with my decision to live life and raise a family with my partner. The allure of everlasting life doesn’t compare with the peace and solace that I enjoy in the here and now.

I still believe there is more to life than old age, sickness and death but I’m in no particular hurry to figure it all out right this minute. Day to day, I choose to live intentionally, love all, seek peace and make a positive impact in my personal life and that of those I encounter. I do my very best, fight ego and love without reservations.

I'm Christabel. I'm peculiar which in common parlance will translate to 'weirdo.' I use to balk at this, but no more. I mean if you think about it, we're all wierdos, because we're all unique. So, welcome to my world where I share all my oddities, thoughts and ramblings just for the sake of it. I'm not here to inspire. I'm here to just...BE.
View all posts by Christabel Mintah

I'd love to hear from you... Cancel reply

This site uses Akismet to reduce spam. Learn how your comment data is processed.